Believing in Jesus and following Him 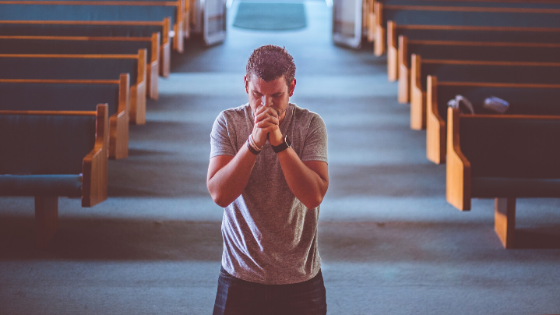 It is very important to note that the word Christians was not coined by Jesus, but by people in Antioch circa 40 AD who noticed few people living a visibly different lives to those around them. The people who were first called Christians lived a life based on the teachings of Jesus and organised their entire lives around the Good News of Jesus. Important decisions in their lives were made fully focusing on Jesus. After hearing and accepting the Gospel of Jesus Christ, something remarkable happened to them. Yes they believed in Jesus, but more than that those around them saw a metamorphosis in them that was so absurd according to worldly standards. Therefore, to be a true Christian, it is important to believe in Jesus and follow him completely based on his teachings.

According to the world standards a Christian is one who attends church, who takes part in Holy Communion, be part of a charity and the list goes on and on. Well, that is all good but are we born again, as Jesus asked Nicodemus in John 3:3?, Have we experienced a profound transformation? Are we dead to the standards of this world? Can we be like the first century Christians who dared to be different?

In Mark 10:17-27, Jesus has an encounter with a rich man, where he comes and kneels before Jesus and asks Him, “good teacher what must I do to inherit eternal life?”  It is very clear that this young man believed what he heard about Jesus.  However, in the later part of the chapter when Jesus tells him, “go and sell all you possess and give to the poor, and you will have treasure in heaven; and come, follow Me.”  But at these words he was saddened, and he went away grieving, for he was one who owned much property.  This clearly shows that he was not willing to follow Jesus!

Bible verses that talks about the importance of believing and following Jesus.

To this you were called, because Christ suffered for you, leaving you an example, that you should follow in his steps. 1 Peter 2:21

Whoever serves me must follow me; and where I am, my servant also will be. My Father will honor the one who serves me. John 12:26

In the same way, faith by itself, if it is not accompanied by action, is dead. James 2:17

May the Lord direct your hearts into God’s love and Christ’s perseverance. 2 Thessalonians.3:5

Blessed are all who fear the Lord, who walk in obedience to him.Psalm 128:1

Then he called the crowd to him along with his disciples and said: “Whoever wants to be my disciple must deny themselves and take up their cross and follow me.” Mark 8:34

The Lord himself goes before you and will be with you; he will never leave you nor forsake you. Do not be afraid; do not be discouraged. Deuteronomy 31:8

The good news of Jesus Christ concludes that following Jesus is a serious commitment that brings about a dramatic change in the way we look at life. When we believe and follow Jesus, we become a new creation.